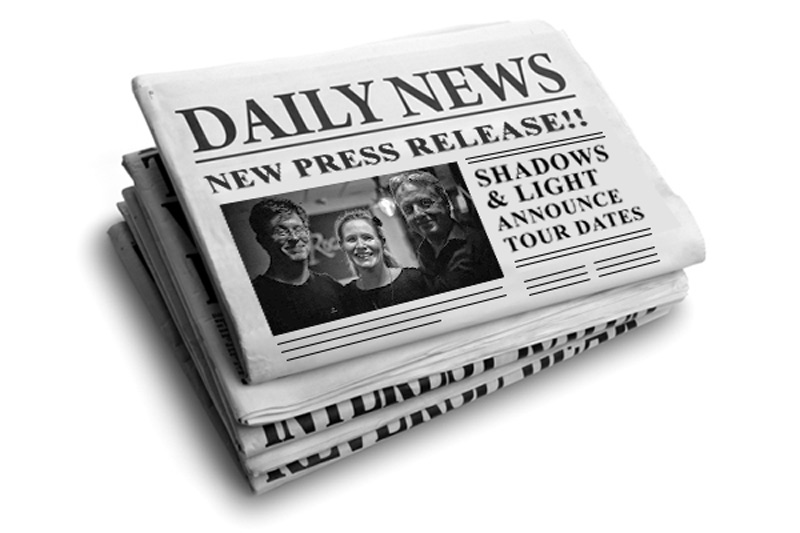 An unquestionable highlight of this year’s Out to Lunch was the performance of Joni Mitchell’s material by Dublin based Shadows and Light. A sold out Black Box was held enthralled for over two hours by Joni Mitchell’s wonderful songs and the audience rose to their feet at the end in appreciation. Sean Kelly, Director of the Out to Lunch Festival, Belfast

If you are a Joni Mitchell fan, you will love Shadows and Light, but if you don’t know much about Mitchell, you will soon be a fan due to this band’s passionate and informative take on her music combined with great musicianship and vocals to die for!  Damien Murray – Belfast Telegraph, U105 and Belfast 89FM

“Amazing. Our music highlight of the year so far. Bring them back straight away”  – Audience member Culture Night Belfast.

The Life and Music of Joni Mitchell – brought to Rockabill Restaurant

We’ve Seen The World From Both Sides Now…

During this intimate show based on the iconic singer–songwriter Joni Mitchell, they had the audience in the sold-out venue spellbound. Maura Vambeck’s voice is spot on, and she has a great way of giving the audience an in-depth background to the songs without it ever turning into a History of Music In the 20th Century Lecture.  This time, Dave Mulligan (guitar – or rather, guitars, as he brought many) had not been at last year’s gig. His virtuosity and attention to detail were great to hear and observe. Add to that local man Paul Enright on keyboard, who seemed to be enjoying every single note of the music, and you have the full Shadows & Light crew.

The show featured songs from the huge Joni repertoire, interspersed with stories behind the songs and quotes from the lyrics. There were of course the classics from the landmark ‘Blue’ album, with many a member of the audience singing along to that song about the yellow taxi, the parking lot, or indeed the clouds that Joni had looked at before. And there were also later jazz, orchestral and pop-influenced songs such as In France They Kiss on Main Street, My Secret Place and Wild Things Run Fast. Owner Rockabill Restaurant, Skerries